(tip: watch this video first, i know it'll get you interested.. click the link below this line to watch)
XBOX NATAL TEASER VIDEO

Kinect for Xbox 360 (originally known by the code name Project Natal or simply, Kinect, is a "controller-free gaming and entertainment experience" by Microsoft for the Xbox 360 video game platform. Based around an add-on peripheral for the Xbox 360 console, it enables users to control and interact with the Xbox 360 without the need to touch a game controller through a natural user interface using gestures, spoken commands, or presented objects and images. The project is aimed at broadening the Xbox 360's audience beyond its typical gamer base. As of June 2010, many US retailers believe the accessory will have an MSRP of US$150.

It was rumored that the launch of Kinect would be accompanied with the release of a new Xbox 360 console (as either a new retail configuration or a significant design revision). Microsoft dismissed the reports in public, and has repeatedly emphasized that it will be fully compatible with all Xbox 360 consoles. Despite this statement, it was confirmed at E3 2010 that they, in fact, did release a new Xbox 360 variant. Microsoft indicated that it considers it to be a significant initiative, as fundamental to the Xbox brand as Xbox Live, and with a launch akin to that of a new Xbox console platform. Kinect was even referred to as a "new Xbox" by Microsoft CEO Steve Ballmer at a speech for the Executives' Club of Chicago. When asked if the introduction will extend the time before the next-generation console platform is launched (historically about 5 years between platforms), Microsoft corporate vice president Shane Kim reaffirmed that the company believes that the life cycle of the Xbox 360 will last through 2015 (10 years).

The skeletal mapping technology shown at E3 2009 was capable of simultaneously tracking up to four users for motion analysis, with a feature extraction of 48 skeletal points on a human body at a frame rate of 30 hertz. Depending on the person's distance from the sensor, Kinect is capable of tracking models that can identify individual fingers.

According to a leaked instruction manual, the sensor contains a "motorized tilt mechanism" and requires more power than is available via USB. On redesigned "Xbox 360 S" models, This is achieved via a special connector that combines USB and additional power. On older units, an adapter must be used to split the connector into separate USB and power connections, with the USB connecting to the console and the power being drawn from the mains by way of an AC adapter. Kinect hardware is confirmed to be based on a reference design and 3D-sensing technology made by Israeli developer PrimeSense Ltd.

The code name Project Natal followed in Microsoft's tradition of using cities as code names. Microsoft director Alex Kipman, who incubated the project, chose to name it after the Brazilian city of Natal, as a tribute to his country of origin and because the word natal means "of or relating to birth", reflecting Microsoft's view of the project as "the birth of the next generation of home entertainment". Shortly before the Microsoft E3 2010 "Natal" press event, several weblogs stumbled across a purported leaked advert from Microsoft's Italian site that suggested the later confirmed title "Kinect" along with details about a new, slimmer, Xbox 360.

Although the sensor bar was originally planned to contain hardware that would process such elements as the bone system used to map player actions, this idea was later dropped in favour of a software solution owing to a desire to reduce Kinect's price. Subsequently, processing that was originally intended to be done on this hardware will now be handled by the Xbox 360 console, resulting in an estimated usage of 10 to 15% of the Xbox 360's computing resources for Kinect-related processing. Several commentators believe this will mean patching older games to use Kinect will be unlikely, with Kinect-specific concepts instead likely to be the focus for developers using the platform.
=======================================

they say it's laggy and awkward to play... ¬.¬ 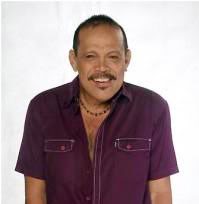